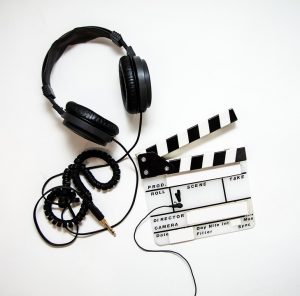 Our lives are made easier because of technology. We can easily communicate with our loved ones no matter how far they are because there is video call and chat already. We can even work from home while taking care of the kids. More and more things are becoming high tech not only mobile devices. Say, for example, pens. We all know that pens are used to write or draw 2D pictures. That is not the case these days. 3D Pens are now available in the market. People who have creative minds can now easily express through the best 3d pen.

Technology has a large impact on the digital photography.  It is true that the impact of digital technology has its pros and cons but the transformation cannot be ignored. New-age aspiring film makers are required to be geared up to the latest developments and should be aware of how the art of film making has gone through various stages in the past 100-150 years

Good thing is that larger number of filmmakers already accept the fact that digital technology played a huge role in film making. One of the reasons why digital technology was embraced so quickly was its cost factor and the ability to cut corner in “typical film making”. The ability to lose the expenses of purchasing a film stock and its development meant a huge peace of budget now could be invested somewhere else or the project could be completed for less money. This became a huge factor for independent productions as the “look” of filmic picture became much more accessible. Not only that, but by using digital cameras the whole film-making process in its essence could be simplified  and various costs that were attached to the film workflow could be lost. For example, the camera crew in digital production could be much smaller as everything is being recorded to the tape or digital storage device and less people and effort is required to handle that type of medium.

It is quite odd but at the same time interesting to see that with all the film making improvements that were made over the last few decades with the storytelling arguably having no limits, the mainstream cinema is donated by stories that were told a couple of times.